3D radar can be defined as the three-dimensional radar providing elevation information with range and azimuth. These radar are used across various applications, such as airports, weather monitoring, defense, and surveillance.

The 3D Radar Market vendors are placed into 4 categories based on their performance and reviews in each criterion: “visionary leaders,” “innovators,” “dynamic differentiators,” and “emerging companies".

Vendors that fall under this category generally receive high scores for most of the evaluation criteria. They have well-established product portfolios with strong market presence. They provide reputed products and services. They also have strong business strategies to strengthen their position in the 3D radar market.

Dynamic differentiators are well-established vendors with strong business strategies. However, they have weaker product portfolios as compared to their competitors. They generally focus on a specific type of technology-related to a particular product.

Innovators are the vendors that have demonstrated substantial product innovations as compared to their competitors. They have an extensive product portfolio. However, they do not have strong growth strategies for their overall business.

Comparing 25 vendors in 3D Radar Platform across 59 criteria.
4 Experts are advising 46 buyers
Back 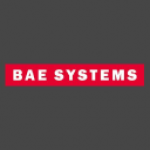