3D scanners are defined as the devices that capture and measure the geometry of a physical object or the environment using lasers or light. The data captured by these scanners can be used to construct digital three-dimensional models for various applications such as production of movies or video games.

The competitive leadership mapping in the chapter depicts the differentiation of various players, which include leaders, technology and market innovators, and potential competitors, in the 3D scanner market.

Visionary leaders are the leading market players in terms of developments such as product launches, innovative technologies, and adoption of growth strategies. These players have broad product portfolios that cater to most of the regions worldwide. Visionary leaders primarily focus on acquiring the leading market position through their strong financial capabilities and well-established brand equity.

There are many companies in the 3D scanner market that are largely dependent on their competitive R&D activities. Most of the dynamic differentiator players are classified under tier 2 and tier 3 companies, which have presence in various regions worldwide. The dynamic differentiators have lesser product offerings compared with visionary leaders, but have strong market.

The 3D scanner market is moderately dependent on innovators, as moderate capital and less investment are required for manufacturing 3D scanners, and it is not difficult for new players to enter this market.

As the market poses a moderate threat to new entrants in establishing their footprint, there are many players that are providing 3D scanners to diverse clientele groups worldwide. The 3D scanner market, on the basis of application, has been segmented into quality control & inspection, reverse engineering, virtual simulation, and others. The other applications include photogrammetry, training & technology integration, crime scene analysis, and accident reconstruction. Quality control & inspection applications are expected to hold the largest share of the 3D scanner market during the forecast period. Quality control is an integral part of a production process as it ensures the smooth running of the process, without incurring any extra cost. In quality control & inspection applications, 3D scanners are used for alignment, cad-based inspection, dimensional analysis, and machine calibration, among others. Manufacturers follow robust inspection processes to improve the quality of their products; they use 3D scanners for accurate 3D scanning and inspection analysis to carry out corrective actions without slowing down the production. 3D scanners are also used to check misalignments, which can cause machine downtime and affect the machines’ performance adversely. 3D scanning enables part inspection and dimensional analysis of machine parts to verify their accuracy and quality and eliminate costly scrap and rework later. 3D scanning also allows the identification of defective parts, which arrive from suppliers, to establish and maintain strict quality standards. 3D scanners are used for quality control & inspection purposes in industries such as aerospace & defense, automotive, architecture & construction, medical, electronics, energy & power, and heavy machinery. Reverse engineering is the process of analyzing a product to identify its components and create representations of the product in another form. Reverse engineering is carried out in industries for 3D modelling, reconstructing from scanned data, and obtaining data for digital simulation. Both CMMs and 3D scanners are used for reverse engineering. 3D scanners are used to measure soft or fragile parts of an object and detect a large number of end points of the object in a short time. Reverse engineering is deployed in turbine blades, car body parts, engine parts, gears, antenna boat parts, and medical implants. While making complex or critical assemblies, it is imperative to assess the “as-built” condition of each component to perform adequate simulation. Simulations and virtual assembly operations help manufacturers make design adjustments, calculate assembly positions, and determine the need for new adjustment parts. Virtual simulation is also changing the way animation is done in movies and video games. Instead of designing characters and sets, companies are now scanning existing people to design characters. Virtual simulation also allows media houses to move an entire movie set to desired locations; it has major applications in the entertainment & media industry.

Comparing 25 vendors in 3D Scanner Solutions across 16 criteria.
4 Experts are advising 40 buyers
Back 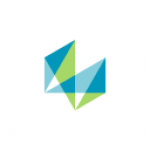