Internet of Things (IoT) is the networking of physical devices, often referred to as connected devices, via the Internet. These physical devices are embedded systems, which use hardware (processors, sensors, connectivity ICs, memory devices, and logic devices), software solutions, and platforms to connect with each other. These technologies allow the exchange of data between these devices and collectively constitute the IoT technology market.

The IoT technology market is expected to grow from USD 176.00 Billion in 2016 to USD 639.74 Billion by 2022, at a CAGR of 25.1% during the forecast period. Major drivers for the growth of the IoT technology market are the increasing adoption of cloud platforms, the declining cost of smart sensors, and increasing investments by major giants of this industry in the IoT market.

The IoT technology market has been segmented into node component, network infrastructure, software solution, platform, and service. The software solution segment held a major share of the market in 2016. The significant growth in the number of connected devices and the requirement for data storage and analysis are the key factors leading to the dominance of this segment.

The IoT technology market for the BFSI end-use application is expected to grow at the highest CAGR from 2017 to 2022, followed by building automation. The mass adoption of online banking, contactless payment, and mobile banking apps has increased significantly. Banks are trying to create intelligent and personalized customer cross-selling opportunities, which would drive the market of IoT technology.

Of all the regions, North America held the largest market share of the overall IoT technology market in 2016. An established IT ecosystem and the early adoption of various IoT-enabled products across multiple end-user applications are the most prominent factors behind the growth of the market in this region. The IoT technology market in APAC is expected to grow at the highest CAGR from 2017 to 2022 owing to the huge investments by the companies for the development of IoT and the growing penetration of the Internet across commercial as well as residential spaces, high consumer base, and improving IT infrastructure.

One of the key restraining factors of the overall IoT technology market is the lack of privacy and security of data. As the number of connected devices is increasing with the growth in the adoption rate of IoT in end-use applications, a huge amount of data are being generated. Cyber criminals can hack into systems and use these data to automatically determine one’s car insurance, evaluate health status, track the behavior of a company’s strategy, and so on. Although encryption security keys can be used to secure the data, the key management would still be a major concern. The data security concern will continue to prevail and is expected to affect the demand for software and hardware for IoT applications, leading to the need for the development of more secure and highly encrypted chipsets in the near future.

The companies profiled in this report are Intel (US), QUALCOMM (US), Texas Instruments (US), International Business Machines (US), STMicroelectronics (Switzerland), General Electric (US), Hewlett Packard Enterprise (US), Cisco Systems (US), Microsoft (US), Amazon Web Services (US), Symantec (US), PTC (US), and Alphabet (US). The report also covers some of the new players in the Internet of Things (IoT) Technology market such as Ayla Networks (US), Losant IoT (US), Notion (US), Pepper (US), and Helium Systems (US).

Comparing 20 vendors in Internet of Things Technology Solutions.
Back 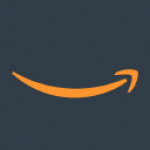 IBM CORPORATION
IBM has the Watson IoT platform IBM Watson for IoT development. The platform helps derive the useful value from the data generated from the connected devices in the IoT ecosystem. The platform has capabilities such as device registration, connectivity, control, and rapid visualization and storage of IoT data.The company has the most advanced centers for Watson cognitive computing and IoT capabilities. With this center, the company aims to bring in the most innovate products for the IoT market by tapping into the latest designs.
Read less Read more
Free Demo Get Pricing

INTEL CORPORATION
The company is one of the leading players engaged in designing and manufacturing advanced integrated digital technology platforms. Besides hardware, the company develops and sells software and offers services, primarily pertaining to security and technology integration. Intel is one of the leading providers of both hardware and software solutions. It is a well-established company with strong geographic footprint and customer base.The company offers platforms designed for various end-use applications, such as retail, transportation, and industrial. Intel has also launched its IoT platform that focuses on a horizontal approach to build an interoperable ecosystem for IoT. The platform aims to simplify connectivity and increase security of data between IoT devices. Connectivity and security are among those areas that need considerable improvement to scale up the deployment of IoT devices and networks.
Read less Read more
Free Demo Get Pricing 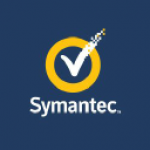 TEXAS INSTRUMENTS INC
Texas Instruments is one of the leading players in the semiconductor market. The company is engaged in designing and manufacturing semiconductors. The company primarily provides analog integrated circuits (ICs) and embedded processors. It provides all of the building blocks to enable IoT and makes the application development easy with its hardware
Read less Read more
Free Demo Get Pricing 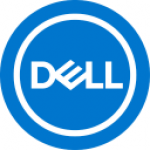