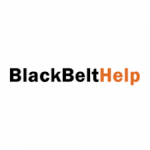 NEO Artificial Intelligence Software allows software developers and chip makers to validate machine-learning models that used to require manual work. Neo-AI enables all the sophisticated AI models to run on devices that have resource constraints, where those models can unlock innovation in sought after fields such as autonomous vehicles, home security, and anomaly detection by making optimization easier. Neo-AI considerably reduces the time and effort needed to tune machine learning models for deployment on a bunch of platforms by optimizing various models automatically to perform at up to double the speed of the original model without a loss in the accuracy. Request NEO AI Software Pricing to get more information.

Neo Artificial Intelligence Software is a framework for optimizing AI models, specifically their neural networks through data restructuring and memory use optimization. It is an open-source software offered by Amazon Web Services (AWS). Neo enables customers to run machine-learning training models across multiple operating environments. Amazon released the code as the Neo-AI Project under the Apache Software License. It’s basically a machine learning compiler and a runtime built on decades of research on traditional compiler technologies, such as LLVM and Halide.

The Neo Pricing project is an open-source project. Hence, the code is made available to the developer community for free on GitHub. Neo Pricing plans are available on the website. Detailed pricing for this company has not been disclosed, but it is in line with the leading competitors in the market. Most software companies and vendors require you to contact them with details so they can offer competitive personalized pricing based on your needs. For the best NEO pricing plans, contact the vendor.

As it is open-source software, developers can test Neo Artificial Intelligence Software for free. Various guides and videos are also available online and on the Amazon Web Services (AWS) blog.

Along with the optimization of the models, Neo AI also converts them into a new format to ensure compatibility and prevent a local runtime on the devices where the model then runs the execution.
Useful (0) Not useful (0)