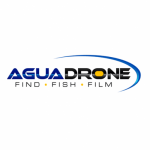 AguaDrone has developed the only wireless Sonar Pod that is capable of sending out a wireless signal to the smartphone or tablets that quickly turns the drone into a Fish Finder. It is 100% waterproof and is capable of landing in and taking off from fresh and saltwater. The drone is armed with exclusive change pod accessories that allow users to shuffle from one pod to the next with just a twist of the wrist. The AguaDrone’s current accessory pods include:

AguaDrone is a 100% Waterproof drone that can land and take off from fresh or saltwater. The company’s exclusive brushless motors permit users to use the drone in wet as well as dry conditions. It operates efficiently in all weathers and conditions. AguaDrone’s Quick Change accessory receiver enables users to attach a variety of accessories to attach without any effort. The drone requires no additional tools and it needs less setup time. It comes equipped with instinctive plug and play internal mechanisms which also make parts replacement instant and easy.