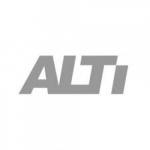 Alti Ascend UAV (Unmanned Aerial Vehicle) offers up to five times the endurance of competing systems. Alti Ascend expands the fleet of best in class endurance vertical take-off and landing, fixed, wing unmanned aircrafts. Alti Ascend flies for up to 6 hours and in a standard operating link range of up to 10 km. There are 3 Alti Ascent- Alti Ascend A is for agriculture & farming, Alti Ascend M is for mapping & photogrammetry, Alti Ascend S is for security & surveillance.

Key features of Alti Ascend UAV are as follows-