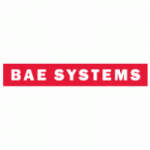 The firm is a pioneer in the advancement and deployment of autonomous system design for unmanned aircraft by using its patented advanced technology demonstration projects such as Mantis and Taranis. BAE Solutions is a pioneer in the use of intelligent autonomy in Unmanned Aircraft Systems, and it has developed a number of smart systems that will revolutionize future UAS operations.

Demon - This is an unmanned aircraft vehicle (UAV) created to fly without using conservative flaps. It uses jet-propelled blasts of air blown over the trailing edges of its wings to maneuver.

For a pricing plan quote, the company can be contacted directly through its official website.

DEMON is an unmanned aircraft vehicle (UAV) that manoeuvres by blowing jet-propelled bursts of air over the trailing edges of its wings instead of utilizing traditional 'flaps' (elevators or ailerons).

DEMON is designed to fly without traditional elevators or ailerons, instead of relying on technologies that use blown air to regulate pitch and roll. It has many fewer moving components, making it considerably easier to maintain and repair.

The BAE Systems Taranis is planned to perform transcontinental missions and would be able to strike both airborne and ground targets with a range of armaments. It is controlled via satellite link from anywhere on Earth and uses stealth technology to keep a low radar profile.

The BAE Mantis Unmanned Autonomous System is a twin-engine, turboprop-powered unmanned aerial vehicle (UCAV) with a wingspan of around 22 meters, roughly equal to the MQ-9 Reaper. The Mantis should be able to operate for at least 24 hours.