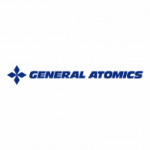 Aircraft Platforms, which includes items such as the MQ-9b, Predator B, and Gray Eagle, among others;

For more information and a demo, the users can drop a request at the site and get across the demo soon.

The General Atomics MQ-9B SkyGuardian / SeaGuardian has both hardware and software modifications, including greater structural wear and damage tolerance, more robust flight control software, and changes that enable operations in poor weather, including icing. The aircraft will also be built to withstand bird and lightning attacks.

The MQ-9A Reaper is a highly sophisticated development that builds on the company's battle-proven Predator RPA. MQ-9A has unrivaled operational flexibility, with a flight time of over 27 hours, speeds of 240 KTAS, a range of 50,000 feet, and a payload capacity of 1746 kilograms. The airplane has nine times the horsepower and can carry 500 percent more cargo. It gives the warfighter a long-range, continuous surveillance/strike capability.

Avenger is a next-generation RPA with exceptional capabilities. The engine is built to be more fuel-efficient, with class-leading fuel consumption components. Avenger is capable of speeds of up to 400 KTAS, altitudes of exceeding 50,000 feet, and endurance of 20+ hours.