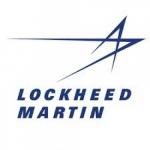 UAVs from Lockheed Martin include:

The Lockheed Martin Indago costs $2500. It has a lot of power and is best suited for industrial applications.

Lockheed Martin Indago system is ruggedized, backpackable, and deploys in less than two minutes. It weighs less than ten pounds, fits into a compact backpack, and weighs less than ten pounds. Indago delivers tactical situational awareness and intelligence collecting capabilities for military and government clients throughout the world, with industry-leading endurance and high-resolution payload choices, as well as a low acoustic signature.

Low light settings for the twilight, evening, and overcast days are included in the EO or daytime cameras. The thermal infrared cameras provide heat signatures in white-hot, black hot, and heat map color displays for precise analysis and situational awareness in the dark for clandestine nighttime operations.