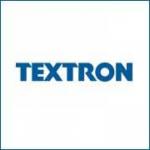 Textron is a multi-industry firm that offers innovative products and solutions to clients all over the world through a global network of aerospace, defense, industrial, and financial industries. To complement its goods, the company also offers global maintenance and business development services. Textron's devices may be used for intelligence, surveillance, and reconnaissance tasks, as well as border security.

Shadow v2 — It is a contemporary, all-digital system with new multi-mission, single-strike profiles, and manned/unmanned teaming capabilities. It's also been coupled with the company's interoperable Universal Ground Control Station (UGCS) and remote systems, which send real-time data across the battlespace.

The Nightwarden TUAS - is a Tactical Unmanned Aerial System that can perform both broad ISR and direct assault missions.

Textron Systems' Aerosonde Small Unmanned Aircraft System (SUAS) is designed for expeditionary land and sea-based operations and is equipped to deliver reliable, multi-mission performance in a class by itself, with simultaneous day/night full-motion video, communications relay, signals intelligence, and a customer-selected payload in a single flight.

For benchmark-setting reliability, the Aerosonde Small Unmanned Aircraft System (SUAS) is powered by a Lycoming EL-005 heavy-fuel engine. In a single flight, the system has multi-intelligence (multi-INT) payloads, such as electronic warfare (EW) and communications relay.