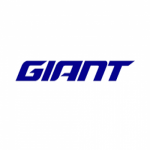 Giant Manufacturing was established in 1972 and is headquartered in Taichung, Taiwan. It manufactures race bicycles, urban bicycles, mountain bicycles, folding bicycles, touring bicycles, sports bicycles, and bicycles for women and children, and electric bicycles. It operates through 3 manufacturing locations in Taiwan, Netherlands, and China. The company has a strong global network in all major geographical locations. It owns three in-house brands- Giant, Liv and Momentum- and supports other OEMs such as Trek, Scott, and Colnago in manufacturing e-bikes.