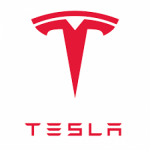 Tesla designs, develops, manufactures, and sells high-performance fully electric vehicles and energy generation and storage systems. Tesla Roadster was the first EV launched, in 2008, followed by the Model S and many others. The company has presence in almost every part of the world, but the major part of revenue comes from the US. The company inaugurated its Giga factory at Nevada, US, in the year 2016 to accelerate growth by producing batteries as per requirement. In 2019, it launched the first fully electric compact SUV named Model Y. Tesla Motors has plans to launch four EVs including BEVs and PHEVs by 2021.