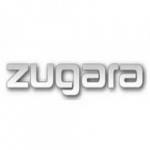 Zugara, Inc. is engaged in the provision of AR & VR software solutions focused on solving industry-specific problems. The company is one of the major vendors in the AR software market. Since early 2009, Zugara has been developing webcam social shopper (WSS), a patented virtual dressing room platform. The company was an interactive marketing agency before getting into the AR space.