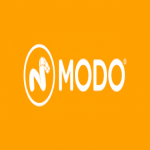 Modo 3D Rendering Software is the new rendition of 3D modelling software, usable for PCs, laptops, and supporting windows. This latest version delivers cutting edge model-bashing tools along with VR viewport which is embedded within UI, with a touch of animation expertise. Developed by Foundry, Modo 3D Rendering Software has established popular levels of VFX, dependable pre-visuals, and also tools for curving assets. The promising features and exclusivity meshing operative tools are one of the reasons behind its performance tags.

Detailed Modo pricing has not been disclosed, but it is in line with the leading competitors in the market. Most software companies and vendors require you to contact them with details so they can offer competitive personalized Modo pricing based on your needs. For the best Modo pricing plans, contact the vendor.

Below are few Modo pricing plans-

The developers have introduced a 30-day trial at absolutely free of cost for Modo. It can be downloaded and users will get comprehensive training materials.

The 3D modelling Animation Tools are very swift and customizable according to needs. The pocket pinch is also good for amateurs.
Useful (0) Not useful (0)