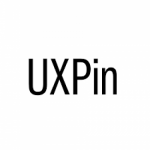 Known for its rapid, lo-fi and hi-fi prototyping for material designs and animations, the interface design: UXPin is a great collaborative platform that aids many designers with its design system libraries. The users are mostly impressed by the design approvals, project tracking, slack integration and alike features that persist in abundance.

The designing tools that help to get the drawing in head onto the screen, UXPin is a platform for achieving tasks like designing, prototyping, and collaboration at a single place. The platform claims to outperform other software with similar intuitiveness by boasting of its interactive states, logic and code components.


Some of the excellent features of this software are:


The pricing is dependent on the plans you choose. The plans are namely, Basic and advanced. Pricing launches at $24/month for the Basic subscription, while advanced plan costs $39/month. However, for Enterprise related packs, the company can be contacted for getting personalized 'UXPin pricing'.


A free trial is available for a limited duration. However, the trial can be upgraded to an unlimited version for students on showing their student ID, free of cost. The demo helps the customers to have an idea about the UXPin pricing and let them choose the plans according to their respective demands.

“The best of both worlds”

There is ample software out there, while some are good at design and others at creation. However, UXPin combines the best of both worlds and adopts an integrative and collaborative approach. In addition to that, they have attractive UXPin pricing for their products and services.
Read less Read more
Useful (0) Not useful (0)

One of the features of UXPin that you can use frequently: linking of pages to create transitions between them in no time.
Useful (0) Not useful (0)
Success
info
Error
Request UXPin Pricing