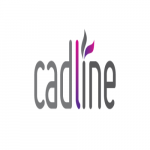 ARCHLine XP Architecture Software enables an individual to utilize the 2D drafting skills and translate them into 3D modeling. The software manifests gradually transition to BIM. It helps to collaborate with colleagues who use different BIM software in the work premises.

ARCHLine XP Architecture Software is a 3D CAD/BIM modeling software that integrates advanced and highly specific tools that are used in architecture and areas of interior design. It bestows with reducing time and producing complete documentation in a technical detailed form. The drawings are scaled to rich and colorful images. It aids an individual to easily use archives animation application to transform the 3D design into immersive models, videos, and fosters to create images that are rich in quality.

ARCHLine XP Architecture Software bestows with an online demo. To avail the demo an individual has to get in contact with the concerned site and get register on the official website.

The standardized format in the file for BIM or CAD-based design is IFC, which contains the data and information that is integrated into the building.
Useful (0) Not useful (0)