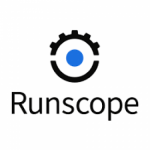 The primary USP of Runscope is its pricing, which is quite easy on the pocket, compared to its alternatives. It also supports parameterized testing, parallel execution and works across platforms, like Web, Android, iOS and Windows OS.

Runscope is a SaaS-based offering that enables developers to test and create software products quickly. It allows them to test the performance of APIs, and also monitor and debug them, by automating them. The application enables seamless integration and collaboration between QA testers, DevOps engineers, software developers and other stakeholders of the API. Furthermore, Runscope can be used to test services in the public cloud, those running on private networks or even in a local environment.


Runscope has many features which make life easier for developers. Some of the features are:

The Runscope pricing plans serve multiple developer team sizes, namely - Small, Medium, Large and Premier. The Runscope pricing plans cost $79/mo(small), $199/mo (medium) and $599/mo for large teams. For teams up to 5 members, the ‘small’ package works best and handles close to 2,50,000 requests, whereas, for teams up to 40 members, the ‘medium’ package is a good base to start, since it handles close to 1,000,000 requests every month. If your team consists of anywhere near 50 members, you can check out the ‘large’ plan, which also includes client certificates alongside SAML single sign-on.


For teams that want a practical solution to manage and integrate their APIs, the free trial version can be a good starting point to test out if the software is a good fit for their API integration. Furthermore, once you start exploring the various Runscope pricing models, it can be customized as per what your enterprise requires.

“Helps us handle our APIs effectively.”