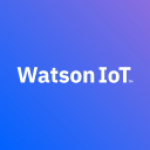 The IBM Watson platform represents a new era of computing based on its ability to interact in natural language, process vast amounts of disparate forms of big data, and learn from each interaction. Request IBM Watson Pricing to get more information.

Powered by the latest innovations in machine learning, Watson enables learning more with less data. AI can be integrated into the most important business processes, informed by IBM’s rich industry expertise.

IBM allows conversion of entire industries and various fields of science & technology and also has a user-friendly interface and IPsoft is the global leader in AI for enterprise-scale autonomic and cognitive solutions, which are used by various companies
Read less Read more
Useful (0) Not useful (0)

IBM Watson is the product of Bluemix (IBM Cloud), which is a cognitive platform that represents a new era of computing based on its ability to interact in natural language, process vast amounts of disparate forms of big data, and learn from each interaction. It can sift through and understand massive amounts of big data at unprecedented speeds to assist professionals in understanding data quickly and easily while increasing knowledge and gaining value over time.
Read less Read more
Useful (0) Not useful (0)

IBM is a Proven platform, considering correct and timely implementation. However, rollouts are slow as targets are moving on the vendor’s side. They focus to engage business leaders at IBM as well as technical teams into the process.
Read less Read more
Useful (0) Not useful (0)

“Buy At Your Own Risk! The product seems good but it lacks in limited or no technical support.”

The product is useful in visual recognition demonstration. It received brilliant response when showcased in varied levels of management. It helped train Watson visual recognition tool with 1250 ''positive'' images of five different objects, along with 125 negative images. It also did well when 2-3 objects were combined in the same image. These images could be screen shots, which even cell phones are capable of. However, billing has been a tiresome task for it lacks technical support, and serious work or production with it could turn out to be challenging. Its major problem is limited technical support and improper account services.
Read less Read more
Useful (0) Not useful (0)
IBM Watson Presence in Cognitive Analytics Solutions
IBM holds an eminent position in the cognitive analytics market and offers a wide range of business applications spread across various industries, such as IT, commerce, education, insurance, financial services, health, and energy and utilities, using its Watson platform and cognitive services. The company has extensively increased its customer base through frequent partnerships, collaborations, and agreements with major IT players, such as Salesforce, SAP, and Cisco, as well as, regional players and startups. It has further expanded its reach in the market by acquiring its focus industries, such as healthcare, customer engagement, and financial services. The company has shown significant contribution towards its R&D spending to develop new products and improve the existing ones. In September 2017, IBM in partnership with MIT, announced a 10-year, USD 240 million investment to create the MITâ€“IBM Watson AI Lab. The lab would carry out fundamental AI research and seek to propel scientific breakthroughs that unlock the potential of AI. The collaboration aims at advancing the AI hardware, software, and algorithms related to deep learning and other such areas; increasing AIâ€™s impact on industries, such as healthcare and cybersecurity; and exploring the economic and ethical implications of AI on the society.Â With an extensive partner channel, the company delivers its products and services globally, and adds value to its portfolio through frequent partner-enablement programs. Recently, in February 2017, the company announced strategic enhancements to its PartnerWorld program, redesigned to include over 40 competencies to help business partners build a greater expertise in high growth areas, such as cloud, cognitive, and security.
Success
info
Error