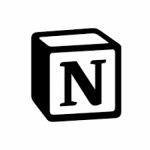 Notion collaboration software provides the feature of storing the user's data, sharing it with others, editing it and organizing it. It replaces many apps which not just create spaces on the user's devices but also eases work as the users do not have to shuffle between multiple tools.

Notion collaboration software is a complete workplace for people looking to take down their notes, organize them, access them through different offline devices at the same time share with other team members. It is an app that enables users to work individually as well as others on Web, Mobile, Windows and Mac. Notion collaboration software allows users to store their work in just one app. Notion pricing is also one of the many attractive features of this software.

Notion pricing is divided into 4 categories depending upon the customer's usability.

The demo version or the free version of Notion app allows you to invite unlimited people. However, the upload is limited to 5 MB and while users can share unlimited HTML but not pdf. And the blocks are limited to 1000, including blog posts, etc.

Ease in compiling notes and docs