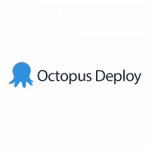 Octopus deploy is a server centered on automatic deployment and release management. Octopus helps users manage releases as well as automate complex deployments of applications. Alongside, it also helps automate both routine and emergency operations through its tools. The Octopus server is free for individuals and small teams, but pricing options are available for large teams.

It does not offer a demo version of its server or cloud services. However, the complete server, as well as all cloud services, are free to use for up to 10 targets. The Octopus Deploy pricing models come into effect only if the number of targets is greater than 10.

Intuitive UI- The UI of Octopus Deploy is easy to maneuver through and use. Important tools are prominently visible and the server can be used by people of all programming experiences.

Reduced Complexity- The myriad of options in it greatly simplifies the process of deployment. The application can be deployed in no time and with minimal process complexity.

No Intrusion- It doesn’t intrude in the current processes which are a part of your pipeline. The server simplifies the processes and turbocharges them by taking the complete onus of deployment and distribution.

Octopus Deploy offers some of the best and simplest tools in the industry for deployment.
Useful (0) Not useful (0)

The cloud service of Octopus deploy would be recommended for companies of all sizes.
Useful (0) Not useful (0)