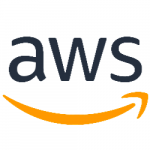 Amazon EC2 Container Service (ECS) is a containerization platform that supports Docker containers and making it easier for users to run apps on an Amazon EC2 instance managed cluster. Amazon Elastic Container Service (Amazon ECS) is a container orchestration service which is fully controlled. Inside Amazon, ECS is used extensively to control utilities such as Amazon SageMaker, AWS Batch, Amazon Lex, and the recommendation engine of Amazon.com, meaning that ECS is extensively tested for safety, usability, and accessibility.

Amazon ECS provides versatility for the apps to use a combination of pricing choices for Amazon EC2 and AWS Fargate for Spot and On-Demand. To add rich reliability, traffic management and security functionality to the apps, ECS also integrates with AWS App Mesh, which is a service mesh. After launch, ECS has expanded exponentially and is currently deploying 5X more containers per hour than instances launched by EC2.

The demo is not available directly on the website but there are various other resources available for references such as blogs and articles.

Docker Support - Docker is provided by Amazon ECS and helps users to run and handle Docker containers. Without the need for any configuration updates, applications users bundle as a container remotely can deploy and run on Amazon ECS.

Repository Support - Any third-party hosting Docker image registry or open private Docker server, such as Docker Hub and Amazon ECR, can be used with Amazon ECS. All we need to do is define the registry in the specification of the task and Amazon ECS retrieves the required images for the requests.

Task Definitions - Amazon ECS provides a descriptive JSON template called a Task Definition to describe tasks. Users may define one or more containers needed for the project within the Task Specification, including the Docker repository and image, memory and CPU specifications, shared volumes of data, and how the containers are connected to each other.

Container Deployments - Users can upgrade existing containers to new models quickly with Amazon ECS. A new version of the application task description can be imported, and the Amazon ECS scheduler immediately begins new containers using the modified image and prevents the previous version from running. Amazon ECS dynamically signs the containers from the corresponding Program Load Balancer and deregisters them.