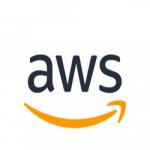 Simple pay as you go pricing model equipped with a powerful system backed by a global brand name. The processing speed is much faster than the manual process as it uses a complete automated deployment system. Parallel processes can happen, and test results are displayed on-site to the user. It hosts secure testing of repositories. And with the economic AWS CodePipeline pricing, one can easily upscale as per the requirements.

AWS CodePipeline is an automated and fully managed CD service which helps to build and test the codes from the pipeline. The code changes can be pre-specified in the pipeline, which would be guided through a robust cloud-based hosting service. It is easily integrable with many third-party platforms and hence is a solid CI choice for users.

AWS CodePipeline is a fully managed service and comes with a diverse range of features that can be customized based on the request. The features are enlisted below.

AWS CodePipeline pricing model is based on a pay what you use policy. It's affordable, and you get a customised system as per your needs. The price starts from $1 per active pipeline per month. There are free versions also which can be easily availed by signing up for it.

There is a trial version which enables all the features to get familiarised with the service. The trial version can be upgraded to a paid version according to the needs of the user, although the free model doesn't need to have any trial period.

The automated deployment makes it an all-time favourite for developers due to its incredible speed and reliable network. A great option for users due to its fair pricing policy.
Useful (0) Not useful (0)