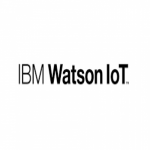 IBM is one of the leading providers in the IoT cloud platform market. The company is a world leader in AI, IoT, and cloud-based software, services, and technologies. It has deployed its Watson IoT platform for client engagements in 170 countries till date.

The company has been focusing on inorganic growth strategies, such as agreements and collaborations, to strengthen its foothold in the market. For instance, in April 2019, IBM signed an agreement with SmartCone Technologies to integrate the IBM Watson IoT platform with SmartCone Technologies’ solutions. Additionally, the company formed collaborations with Guardhat, Germin, and Mitsufuji for IBM Watson IoT in February 2019.