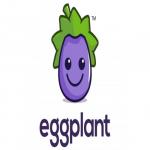 Eggplant performance testing software is a testing tool with market leadership. It's patented technology helps companies secure their investments in test automation and develop robust products. Eggplant’s Digital Automation Intelligence Suite is enhanced with AI and improves testing, development, and delivery in a digital age. Eggplant’s suite of products is suited for large businesses to test any application, website, or software with the latest technologies like machine learning and AI powering the program.

Based on business requirements, Eggplant pricing subscription starts at $3400 for one test stream. Here is a list of Eggplant’s pricing for different segments:

Eggplant is always innovating to improve product performance. Working with this Suite, reduction in defects to the tune of 30% was possible.
Useful (0) Not useful (0)