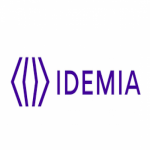 Safran Identity & Security (Morpho) merged with Oberthur Technologies (France) and was named OT-Morpho. Then in September 2018, its name changed to IDEMIA. The company develops and manufactures physical and logical access control products for governments, national agencies, and private companies. It is a subsidiary of Safran SA (France), which is well known for electronic security solutions. Request IDEMIA Pricing to get more information.