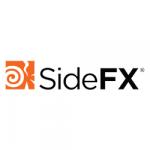 Houdini is a procedural system that encourages artists to work freely, create numerous iterations and rapidly share workflows with colleagues. It delivers a total solution for rigging and animating characters and creatures. Houdini's node-based approach links perfectly with the working methodology of a typical character rigging TD. The product allows artists to make creative decisions deep into production as modifications made to Houdini nodes are distributed via the network to develop a new and unique result. Houdini also allows users to develop tools that they can reused multiple times during a project’s life cycle.

Procedural modeling- Procedural modeling techniques can be used to maintain a robust construction history and to create complex models such as cityscapes, environments and more.
Direct modeling- It makes it easier to create good surface topology for use in Film, TV, Games and VR, and can be used interactively in the viewport using a wide variety of polygon, NURBS and Subdivision Surface modeling tools.
Lighting & Lookdev- Houdini’s lighting workflow provides a flexible and powerful environment for managing lights, building shaders and defining the look of a shot. Environment and GI lights work well with Mantra’s physically-based rendering.

Houdini is fast and reduces timelines and enjoys enhanced flexibility in all the creative tasks. It is perfect for visual effects and tech directors using effects, particle system and dynamics.
Useful (0) Not useful (0)

Houdini let''s artists explore different creative paths because it is easy to branch off a new node to explore alternative solutions. The nodes are what makes Houdini unique and give it power, there are lots of viewport and shelf tools that allow for artist-friendly viewport interactions.
Read less Read more
Useful (0) Not useful (0)

It provides an easy-to-use yet powerful 3D experience to VFX artists.
Useful (0) Not useful (0)

It allows users to create complex scenes that require duplicate geometry. It is more user-friendly due to its easy procedural modeling and animation, which results in less meticulous work requirement from the user.
Read less Read more
Useful (0) Not useful (0)

It is one of the leading software when it comes to vfx, and simulations. Moreover its procedural modeling and the render software is amazing.
Useful (0) Not useful (0)

“Can be slow to use, but the results are amazing!”

Houdini breaks the pattern of linear tasks in 3D applications. Instead of just a one way approach, which could limit the style of working, Houdini helps you transit from one phase to another – this could even be the beginning of your work – to make changes. This way you can make modifications to your design without affecting its essence to a great deal at all. However, all of this can take a toll on your system. It can make it really slow. Also, since it a relatively vast program, a good idea would be to maybe use and master one aspect of it and then move on to another.
Read less Read more
Useful (0) Not useful (0)

“Great to use, if you’re willing to learn”

I used to have a tough time with transferring procedural assets to Maya. Houdini helped me with this. It is an extremely easy program to use and also easy to learn and is perfect for simulations. The only problem that you may face is that its modelling tools are not as efficient as those of others. But this is something that you can work around by switching between programs.
Read less Read more
Useful (0) Not useful (0)
Houdini core Presence in 3D Animation Software
SideFX offers its products and services across United States and Canada. The company helps artistes to produce the high quality cinematic results with procedural 3D animation and visual effects tools. Academy of Motion Pictures, Arts and Sciences has glorified and awarded SideFX for its innovative and ground breaking procedural based technology, Houdini that allows artists to work freely, generate multiple iterations and rapidly share workflows with colleagues. SideFX product portfolio includes Houdini, Houdini Engine, and Procedural Dependency Graph (PDG). Industries served by SideFX include Film & TV, game development, motion graphics and virtual reality. To focus on its organic growth, the company has recently released Houdini 17.5 which is an important release that includes many key features including the introduction of (PDG )Procedural Dependency Graph.
Success
info
Error
Company Size :
Enterprise
SME
Startup
Request Houdini core Pricing