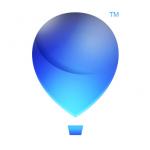 Corel MotionStudio 3D is a comprehensive 3D title, animation, and motion graphics package that simplifies the process of creating exciting 3D visual effects for use in their video productions. The products lets artists use high-end particle effects, including fire, smoke, bubbles and more and allows them to watch their production theough the Preview Panel. One of the most important feature is that, MotionStudio 3D makes it easy for the users to usetheir 3D titles and graphics in other video or web productions and export their projects in a variety of formats compatible with VideoStudio® Pro X4. Request MotionStudio 3D Pricing to get more information.

MotionStudio 3D has been developed with a purpose to support users in creating 3D objects, scenes, and animation without needing to be an expert at 3D modeling. Corel MotionStudio 3D adds a whole new dimension to video production by creating custom titles, 3D animation, and stunning effects for movies. It enables artists to generate 3D graphics, titles and animated text, add realistic motion blur to moving objects and make or import 3D models to embellish or animate. The product offers high-speed previews, intuitive interface, an EasyPalette that includes sample objects, animations and presets. Moreover, it enables professionals to import their original graphics in vector and raster formats.

Pro-quality titles and text
The software adds more excitement in the video with a wide variety of preset behaviors and animations. The text can be extruded in the 3D animations.

High-speed preview
The software can assemble and playback the production in high resolution-in real time-in the Preview Panel.

Intuitive interface
The required tools can be quickly and easily streamlined in the MotionStudio 3D interface.

Real-time 3D graphics and effects
The software adds impact and realism to 3D graphics. It enables users to adjust settings for the density, path, and length of the blur to get the desired effect.

CorelDraw enables users to design beautiful logos with fit to text effects which gives maximum control over text to be placed on any part of a log while getting a perfect fit.
Useful (0) Not useful (0)

A new refined look and feel of CorelDraw ensures sliders are not distracting while working. It clearly displays the current setting as soon as the cursor is positioned over a slider.
Useful (0) Not useful (0)

It enables zooming in and out of documents by clicking and dragging with a stylus or mouse.
Useful (0) Not useful (0)

All panel and property bar sliders in Painter 2019 have been renovated to diminish visual noise in the UI, without hampering usability
Useful (0) Not useful (0)

“Motionstudio - great to use for small projects”

This product can be recommended to anyone who is a beginner in the field of video editing and in animation. I did face some technical difficulties during installation, but those were sorted with a manual override. It also allows exporting to other formats, which is an added bonus.
Read less Read more
Useful (0) Not useful (0)

“Seems to have high potential, but the price could lead to higher expectations”

This is basically a rehashed version of the Ulead Cool 3D program. Though the previews look much better, the rendering is still not strong enough. It does have better aesthetics, but that is probably the only saving grace.
Read less Read more
Useful (1) Not useful (0)
MotionStudio 3D Presence in 3D Animation Software
Corel is one of the leading software companies with more than 100 million active users globally and dominant presence across about 75 countries. The company designs software that helps people to express their ideas in graphic and creative way. The company has built a reputation for delivering state-of-the-art, reliable products that are easy to use and letting its users better express their thoughts through images, videos, or animations. The company’s product portfolio consists of popular products such as CorelDRAW Graphics Suite, Corel Digital Studio, Corel Painter, Corel DESIGNER Technical Suite, Corel PaintShop Pro, Corel VideoStudio, Corel WinDVD, Corel WordPerfect Office, Corel MotionStudio 3D, and WinZip. To venture into mind mapping domain, Corel acquired MindManager software from Spigit. MindManager software helps professionals to achieve proficiency by competently consolidating and communicating intricate ideas. This is done by brainstorming and creative problem solving capabilities of the software, thereby giving users the ability to plot and complete difficult projects more efficiently. As a part of its inorganic growth strategy, the company partnered with Lattice Technology to get access of 3D XVL data models directly in CorelDRAW technical suite X6 which helps improve technical communication workflow by leveraging 3D techniques.
Success
info
Error
Company Size :
Enterprise
SME
Startup
Request MotionStudio 3D Pricing