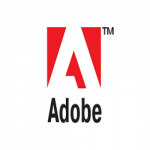 Adobe Dimension works swiftly for both 2D and 3D rendering tasks and quite accessible for developing high-quality and photogenic imagery. The presets in camera angles, high decal resolutions, liquidity in the imagery creations are to be the solid grounds for this software.

Adobe Dimension is a 3D rendering platform for comprehensive graphic design. The application was made available for both on-site and as an application in the latest version. Formerly known as Project Felix, it consists of optimized 3D assets for dimensions, XD, InDesign, with an absolute 360 degrees of view and in-depth textures are the features that are uniquely combined in one stop.

Detailed pricing for this company has not been disclosed, but it is in line with the leading competitors in the market. Most software companies and vendors require you to contact them with details so they can offer competitive personalized pricing based on your needs. For the best Adobe Dimension pricing plans, contact the vendor.

This is one of the latest gadgets for 3D renderings which come up with a fresh and customizable approach but it is yet to start in the MAC and other OS arrays.
Useful (0) Not useful (0)

“Fairly Intuitive for The Amateurs”