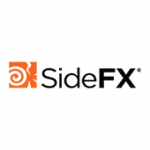 Houdini 3D Rendering Software requires a recursive, network-based compositor. As in other Houdini environments, load or create pixel data with "generator" nodes to do compositing in Houdini, and then pipe the data through a set of "filter" nodes to change the data. A compositing node (COP) manipulates image sequences (but typically handles one plane at a time internally), which generates an image sequence.

Each behavior in Houdini 3D Rendering Software is stored inside a node. Eventually, these nodes are "wired" into networks that describe a "recipe" that can be tweaked to optimize the result and then replicated to produce identical but specific outcomes. The ability to save nodes and transfer knowledge down the chain, in the form of attributes, is what gives Houdini 3D Rendering Software its procedural existence.

The Annual Upgrade Program is for the first year included in the purchase price. To keep the device up-to-date, it must be bought in subsequent years.

Houdini, build up a reverse engineering mindset that can be incredibly effective in a manufacturing context, allowing you go back and forth with some degree of sophistication, so as to test various development directions without altering the main shot structure.
Read less Read more
Useful (0) Not useful (0)

Houdini is widely used for Visual Effects; however, as a game artist, what I enjoy the best from Houdini is the possibility to create procedural assets. Houdini has proven to be extremely easy to use and easy to learn.
Read less Read more
Useful (0) Not useful (0)
Success
info
Error
Request Houdini Pricing