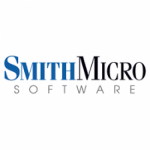 Moho animation software offers animators a vibrant software to bring animations to life with its physics engine that simulates realistic motion and movements for characters and backgrounds, the compatibility for audio files to be synched to lip movements, and an in-depth tweening function for all layers within the animation.

Moho Pro is available for a free 30-day trial. During this trial period, animators can use all the features available in the Pro version and can also run saved files. The only limitation is when exporting files to other formats like Flash and AVI.

Buyer
Robert redden's requirement
26/09/2021
"Since I cannot find a crew to produce my screenplay, I am going to try to animate it"
Like
Comment

No Cautions to show

The software allows the user to create their own characters due to its ability to sync with .pentablets.
Useful (0) Not useful (0)

“Good for beginners and professionals”