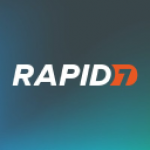 Rapid7’s offers on-premise cybersecurity management solution called Nexpose, which helps in reducing the threat exposure by allowing the assessment and response to be able change in the real time environment and listing risk factors across vulnerabilities, configurations, and controls. Cyber attacks breaches the data at an alarming rate, the attack surface is constantly changing, the adversary is becoming quicker than security teams. Nexpose helps in understanding the attack surface and better security outcomes.

Rapid7's Nexpose determines complete attack surface and finds vulnerability that are missing. It understands threat exposure by determining the vulnerabilities that can be exploited and if compensating controls are organized effectively. Nexpose contextualize the risks to get a true picture to align modern digital business.

Adaptive Security sends automatic response if there is change in attack surface and the threat location. In provide a baseline for full asset visibility and assessment, it can quickly identify and measure changes on network as they happen. It does scheduled scans for new vulnerabilities which includes the new assets which are joining the network. Nexpose also provides live monitoring for changing environment.

Nexpose authenticates controls which are in place and flawlessly assimilates with Metasploit which is developed on world’s most effective penetration testing software, to authenticate vulnerability exploitability, test controls efficiency, and drive effective remediation for recognized risk. Exploits that are authenticated from Metasploit are automatically pushed to Nexpose for prioritization and remediation.

Rapid7 RealContext provides appropriate business intelligence software to focus on the vulnerabilities through mechanized asset arrangement and risk prioritization. It can curtail the window of attack on vulnerable risks and improve team’s efficiency. Nexpose prioritizes the risk using threat intelligence which is aligned to business. It focuses on remediation efforts by taking the most effective actions that allow to reduce the vulnerabilities with the least amount of effort.

The Real Risk Score provides more insightful insight by considering vulnerability age and public exploits/malware kits. Rapid7 range of scale highlights the risk which are most likely to be used in an threat, helping in prioritize the most critical issues. When used with robust tagging system, it can even prioritize the systems that are most critical to business.

Rapid7 determine to reduce the vulnerabilities and avoid disruption with a one-page, prioritized report that highlights the most effective risks to the business. It saves time automatically by assigning remediation plans using RealContext. It’s targeted, brief, actionable, and step-by-step guide enable IT teams to quickly remediate risk.

Nexpose highlights gaps in defences and provides a prioritized list of security controls to deploy on endpoints and servers. It allows to mitigate risks against today’s threat landscape until vulnerabilities can be remediated.

Strengths
Weaknesses
RAPID7 Presence in Cybersecurity Software
Founded in 2000 and headquartered in Massachusetts, US, Rapid7 is one of the key players delivering cybersecurity solutions and services to more than 7,000 organizations across the globe. The company specializes in vulnerability management, penetration testing, application security, and IT operations and Security Information and Event Management (SIEM). It offers services, including advisory services, penetration testing, IoT security, vulnerability management, incident response, support and maintenance, and training and education. Security solutions and services, provided by Rapid7, help customers stay safe from advanced threats, such as malware, ransomware, APTs, zero-day attacks, viruses, Trojans, and back-door entry attacks. Threats are detected and remediated in real time with minimal false positives. Rapid7 caters to customers across various industry verticals, such as IT and telecom, BFSI, manufacturing, retail, healthcare, and media and entertainment. The company has strengthened its position in the cybersecurity domain by adopting strategies of new product launches, mergers and acquisitions, and partnerships and collaborations. It recently launched a solution, InsightOps, which provides centralized and secure management of data across enterprise endpoints and networks. The acquisition of Logentries has helped Rapid7 produce advanced data and log management solutions. Its partnership with ForeScout has helped develop advanced integrated security solutions. Rapid7 has expanded its customer base by developing a strong channel partner ecosystem.
Success
info
Error