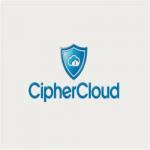 Strengths
Cautions
CIPHERCLOUD Presence in Encryption Software
The major portion of CipherCloudâ€™ revenue is generated from the CASB platform and services segment. CipherCloud offers scalable cloud security solutions to governments, SMEs, and large enterprises across the globe. The cloud security platform is integrated with cloud encryption, tokenization, DLP, active monitoring, and threat detection and remediation. The company has a global reach with offices set up in North America, Europe, and APAC. The customer base of the company majorly includes BFSI, healthcare, telecommunication, and government organizations. While the company does not have a regional office in the MEA and Latin America, CipherCloud is actively expanding in Latin America, Caribbean, Eastern Europe (including Russia, Turkey, and Israel), Australia, and New Zealand. By extending its reach in the MEA and Latin America, the company can accelerate its sales to the Latin American and MEA government, critical infrastructure sites, and enterprises. CipherCloud also focuses on inorganic growth strategies, such as partnerships and collaborations. The company has recently formed strong partnerships with several players, including Juniper Networks, BlackBerry, and T-Systems, and has delivered enhanced integrated cloud-based encryption solutions. The company has a wide industry reach and caters products and services to several industry verticals, such as BFSI, healthcare, telecommunication, and government. Therefore, the company excels in the breadth of applications served criteria by providing systems, solutions, and services for various applications and industry verticals. The company is not very active in the mergers and acquisitions strategy. In 2015, CipherCloud acquired Anicut Systems to enhance its cloud security capabilities.CipherCloud has a large number of channel partners who offer the companyâ€™s products and services. The company has ties with distributors, channel partners, consultants, and system integrators. The strategy of focusing on R&D activities has helped the company offer new products in the encryption software market. Focus on product development and enhancements with high importance on R&D has resulted in the organic growth of the company. The company continuously enhances its cloud platform capabilities, such as encryption, tokenization, and DLP.
Success
info
Error
Company Size :
Enterprise
SME
Startup
Request CIPHERCLOUD Pricing