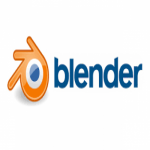 Blender has been a widely appreciated game creation software worldwide as it manages to produce remarkable renders, courtesy ‘Cycles’, its high-end production technology. Its modeling technology is very comprehensive, equipped with features like sculpting and retopology.

Blender has been renowned for making quality animation and feature films as well using its advanced video-editing techniques. It also possesses a very interactive interface.

Blender is a free and open-source software used for 3D graphics creation. It can carry out all the functions in the 3D pipeline such as modeling, animation, rigging, simulation, motion tracking, rendering, compositing etc.With its wide array of modeling features, it makes creating, altering and transforming models a very simplified task. Blender has a built-in Game Engine that helps in creating interactive 3D applications and can be used in all the areas of game designing, ranging from prototyping to the final release.

The unique thing about the Blender Pricing is that there is no cost associated with this software. It is an open-source, freely available software. The fully-featured setup can be downloaded easily from the website and the software can subsequently be installed. So, there is no need to contact the vendor for Blender Pricing details.

Blender game development software has been considered as an easy-to-use software, even for beginners. Since it is open-source, no prior registration is required for demos. They are available on various platforms such as YouTube. A detailed list of FAQs is present on its website.

Blender has the power to convert 2D drawings into 3D and add further add-ons such as animations.
Useful (0) Not useful (0)