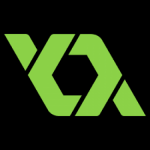 GameMaker studio provides the platform for users to build games from the scrap with ease at lighting speed. GameMaker studio with its compatibility allows users to develop games on various devices without any glitch and latency. GameMaker studio allows anyone to build 2D games by using single codes which can be uploaded on any operating system along with the facilities of real-time editing. GameMaker Studio has gained popularity among developers due to its high functionality interface which anyone can avail.

GameMaker Studio pricing provides various plans based upon user subscription it can range from $39 per year to $799 per year which vary based upon the platform on which the developer can publish the game.

GameMaker Studio provides free demo and documentation on the website along with paid training sessions so that the user can get accustomed to the software. There is also a free trial available on the website.

“Easy way to build a game”

GameMaker Studio with the attributes of drag and drop helps the developer who is creating the game for the first time.
Useful (0) Not useful (0)

“The superior quality of animation”