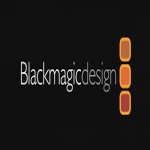 DaVinci Resolve video editing software 16 which is the latest version of the software is video-editing software that integrates video-editing, color correction, visual effects as well as audio effects in one place. On the platform, users can collaborate by uploading files into the cloud. Multiple creators and editors can work on the same file at the same time. Moreover, the introduction of the Cut page in the latest version helps streamline certain video-editing processes thus speeding up editors’ work. Request DaVinci Resolve Pricing to get more information.

The pricing is in line with leading competitors in the video editing software market. While the pricing does not have a premium pack and is available absolutely free of cost, the studio 16 version is priced at Rs. 23,900. For more details on the best pricing plans and offers contact the vendor directly.

The software has a free version for all the major platforms like Windows, Mac, and Linux. However, the paid version does not offer a demo or a free trial.

Color Correction- Enhance the copied, extracted, swapped or expanded imported nodes with an editor. Adjust the saturation and hue of an image with the help of HSL Curve.

Audio Effects- Smoothen the scrolling timeline with the Fixed Playhead. Access a range of audio plug-ins and select from the 1000 audio clips in the internal sound library database.

Visual Effects- Connect nodes easily in a flow chart style. Animate custom shapes and place images on top of each other.

It is a complete package when it comes to accessing a cost-effective post-production editing software.
Useful (0) Not useful (0)