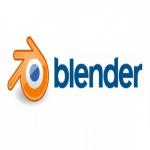 Blender video editing software free and open-source nature allows it to be perpetually updated by some of the greatest minds in technology, animation, and VFX. The list of features offered keeps growing with every new version. It is accessible to every amateur and professional looking to create 3D animation films and engaging video games. Its tools allow users to apply life-like effects with supreme ease and render outputs really fast. Request Blender Video Editing Pricing to get more information.

Blender is an open-source software that contains a suite of tools that are used to create animated films and video games, incorporate visual effects and develop 3D models and applications. It is the brainchild of hundreds of professionals, VFX artists, animators, and several others who have shaped and continue to shape Blender into a feature-rich and agile platform. It supports both 2D and 3D animation pipelines, enabling users to create compelling and stunning video games and films.

Blender is a free and open-source platform that can be downloaded and used without any restrictions in feature-usage. However, customers will have to pay for cloud support which comes in two Blender pricing packages as:

Blender offers a large database of Demo files for various versions that customers can use to acquaint themselves with the multitude of features that are available. Also, for more hands-on learning, customers can make use of the tutorials offered on Blender’s website.

Speedy Modelling- Utilize a wide range of tools to design, transform, and edit 3D models with ease. Make use of modifiers that allow users to add multiple effects without strenuous manual work.

Animation and Rigging- Convert still characters into incredible animations using a wide array of toolsets that offer everything from character pose editing to audio synchronization. Use rigging tools and constraints to convert models to posing characters and control their attributes, respectively.

VFX support- Use Blender’s built-in composition that comes with a large library of nodes and render layer support for all post-production needs. Import raw footage and incorporate camera-movements dynamically in the 3D scene.

Simulation support and custom UI- Take advantage of multiple simulation environments like fluid, fire, and particle simulations that are incredibly realistic. Create and manage custom workspace layouts without any disruptions.

For an open-source software, Blender is extremely articulate with its interface and feature lists that just continue to keep getting better and powerful with each version
Useful (0) Not useful (0)

For a graphic design artist, nothing could be more conducive to designing and modelling characters than the set of tools offered by blender.
Useful (0) Not useful (0)
Success
info
Error
Request Blender Video Editing Pricing